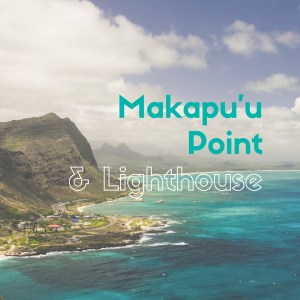 There’s so many things to do and see in Hawaii.  Today I’m going to share about Makapu’u Point.  It’s an easy, fairly short hike that offers some incredible views.  Makapu’u is on the far east side of Oahu – past Honolulu and Hanauma Bay. 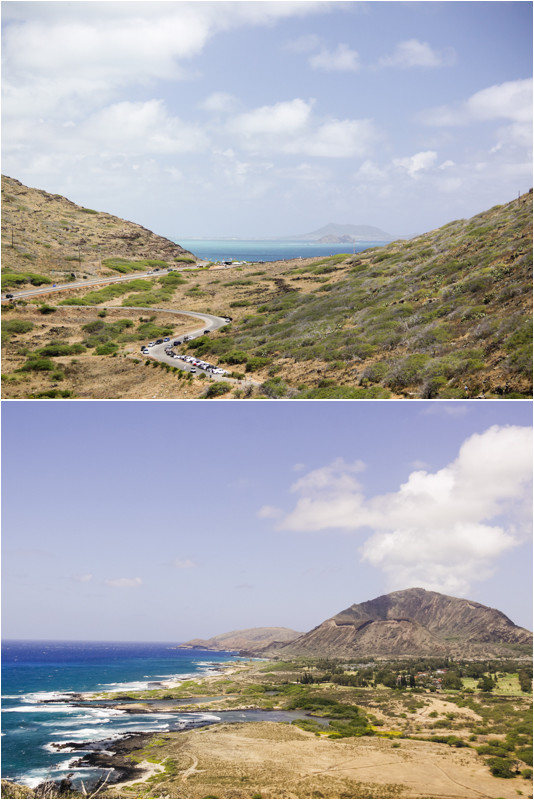 Makapu’u Point is on the hot and dry part of the island.  So don’t go expecting lots of lush green tropical vegetation.  You’re more likely to see bunches of cactus!  It can get pretty hot on the hike so make sure that you wear sunscreen.  And don’t make the same mistake I did and put it on as you’re getting out of the car because you’ll just sweat it off right away!  Also make sure that you either bring water with you or that you drink plenty before and after the hike as there’s no way to access water on the hike.  It can also be quite windy – so watch out for any hats or scarfs!

In the first picture above, you can see the road off of the highway and the parking lot for the hike.  The bottom picture shows the view on the hike as you’re looking south-west back toward the direction of Honolulu.  (Honolulu itself isn’t visible.)

The hike itself isn’t too long.  It’s about a mile up to the overlook, so a 2-mile round trip.  The whole hike is pretty much all a gradual uphill climb.  It’s not too hard – especially since you’ll probably want to stop a lot and enjoy the view and take pictures!  I also just read on the Hawaii State Department website that they recently have re-paved the path and added benches along the way.  If you’re in Hawaii during the humpback whale season (generally November through March/April), this sounds like it would be a great place to watch for them – it certainly provides ample views of the ocean! 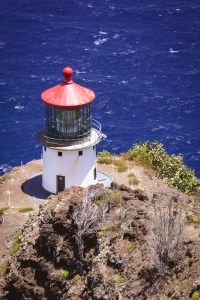 You won’t be able to see the Makapu’u Lighthouse until near the end of the trail.  It’s not open to visitors and it’s not accessible but you can look down on it from the trail.  It’s adorably cute and tiny and its bright white and red paint stand out in stark contrast to the brilliant blue ocean and the brown landscape all around it.  I have a special fondness for lighthouses so I enjoyed getting to see this one, even though I couldn’t get close to it.

The trail itself offers some great views of the rocky coast and the ocean.  It’s wonderful to stand and marvel in the beauty of the ocean and all its varied hues.  Turquoise, teal, light blue, sapphire blue – it’s all there in its brilliant splendor.  Some of the very best views of the hike come from the overlook at the top where you can look out over Rabbit Island and the town of Waimanalo.  The view is stunning and it’s there that you can see some of the most multi-faceted colors of the  ocean.  It’s well worth the effort to get up there!

Would you want to hike up to Makapu’u Point?  What other hikes would you like to do on Oahu or in Hawaii?

Pisa, Italy and the Tower