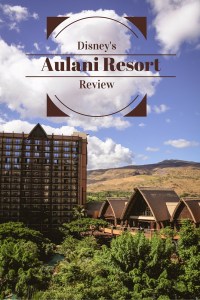 Back in the summer of 2013, I got to stay at the Aulani Resort with my family to celebrate my golden birthday!  I love Disney but I wasn’t sure what it was going to be like to be at “Disney” without being at the theme parks.  We ended up having a great time! 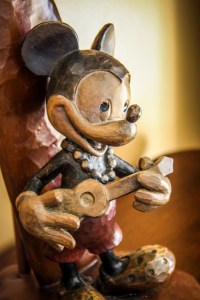 We stayed in a standard sized hotel room.  I neglected to take any pictures of the room itself.  Oops!  But honestly, if you can imagine a regular hotel room with a Hawaiian decorating theme and a couple of Mickeys thrown in, you’ve got the idea!  It’s really nothing amazing. 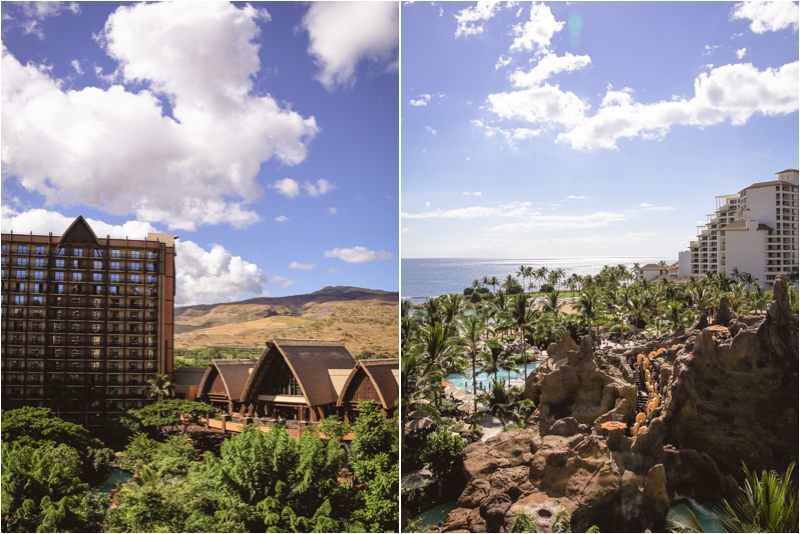 Aulani is located on the southwest side of the island, situated next to a golf course and right on the coast.  As you can see from the photo on the left – the area surrounding the resort is quite dry and barren – almost desert-like.  So if you’re expecting a tropical wonderland – you’re going to be disappointed in the area.  The resort itself however is quite lush and green and filled with all kinds of wonderful palm trees and plumerias and other beautiful flora and fauna.  (Can you tell I don’t know much about plants!)  There is a whole string of resorts along this stretch of beach and it’s really easy to walk from one to another.  The one you see in the right picture above is so close to Aulani that they’re basically connected and, I believe, share the same beach.  (They have the right side while Aulani has the middle and left side of the cove.)  It used to be a Marriott but it appears that it’s been bought out by Four Seasons who will open their resort soon, in mid-2016. 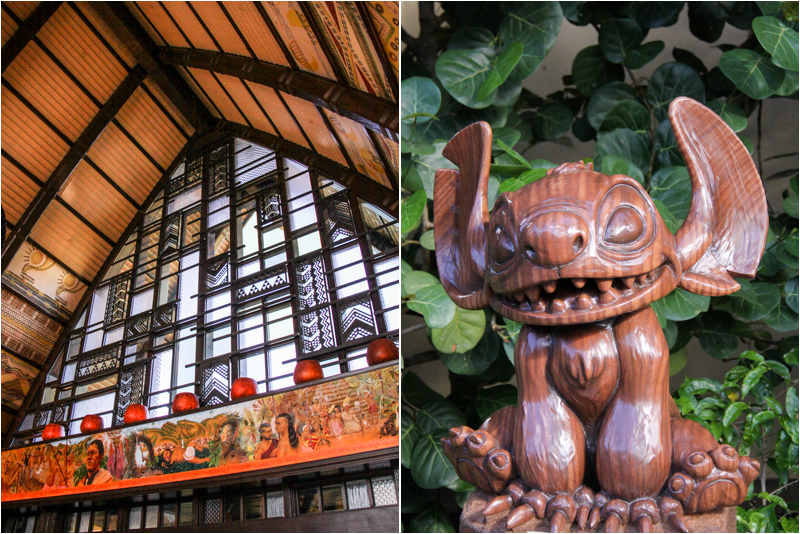 Aulani is a beautiful resort.  The architecture and decor in all the main parts of the resort are wonderful and seems to stay true to the art and culture and style of Hawaii.  It has a peaceful, relaxed feel to it.  The Disney element of the resort isn’t heavy-handed at all.  You can see it in the shops and in the occasional Disney character walking around and maybe a statue here and there, but it blends in nicely with the resort and isn’t in-your-face all the time. 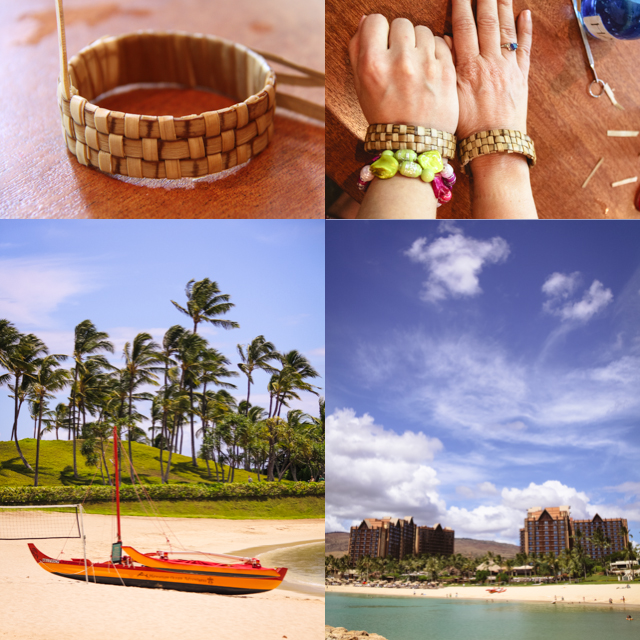 The resort offer quite a few activities everyday that you can participate in – some free and some you pay extra for.  My mom and I went and braided some wooden bracelets (whose Hawaiian name I can’t remember).  The instructor was very nice and patient and the class was a good size.  It was a fun piece of Hawaiian culture to take part in without leaving the resort.

The beach at Aulani is a sheltered cove (lagoon?) and so the water is pretty calm and crystal clear.  It’s great for young children and if you want to have a calm and relaxed time in the water!  If you’re wanting to hit the waves though, you’ll have to head to another beach on the island.  It’s a pretty good sized beach that curves around the cove so there’s quite a bit of space to spread out from the other beach-goers.  While many people were hanging out on the beach, I never saw it very busy so there was plenty of sand and water available to have your own space to enjoy. 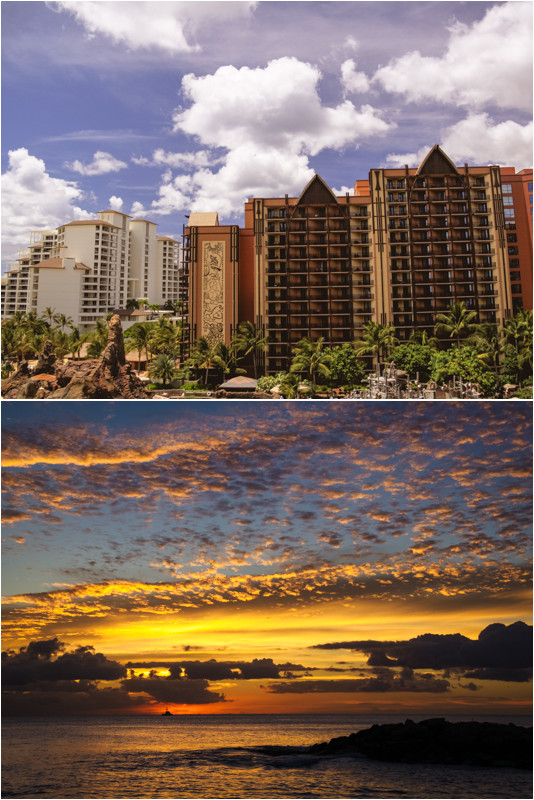 I’d highly encourage you to hang out on the beach at sunset.  Because the resort faces west, it offers prime viewing for sunsets.  That was one of my favorite things – I love all the vibrant and varied colors that are painted on the sky.  If you head out to the rocky area past the beach on the far left side of the cove, you can get an even better view of the sunset.

So I guess it’s time to talk about the pool, right?  Going into this trip I was all like, why on earth would you need a pool when you have the OCEAN right in front of you?!?  But I have to say that I ended up rather enjoying it.  I’m not a big pool person in general.  I get ear infections rather easily so getting water in my ears on vacation makes me a little nervous and I just don’t like public pools in general – I think they’re kind of gross.  So I didn’t use the actual pools – the cove was calm enough that it was like a giant pool.  Instead, I did the lazy river.  That was so much fun!  It was pretty relaxing just floating and letting the current take you along through the beautifully landscaped pool area.  There were some crazy people who didn’t understand the meaning of lazy river, but overall it was very nice.

Overall, I really enjoyed Aulani and would definitely go back.  What about y’all?  Would you want to try out Aulani when you travel to Oahu?